Shift Ratio; this page is to show how powerful the [what I affectionately call ] “Felt Marker Trick” is. This is part of chapter 6 out of my [incomplete, always adding to] clutch tuning handbook.

06-01: The driving clutch has one main purpose: to control the engine speed in all shift ratios.

06-02: Keeping the engine on power curve and pulling hard is the main purpose of the driving clutch.

06-03: The driving clutch is required to take care of all the speed variations from stand still to top end.

Control the engine speed in all shift ratios.

1 Question – If there is “all” shift ratios, then how many are there? Answer – An unlimited amount of ratios. Question – where are these ratios? Answer – In between the first push of the sheaves on the belt until the primary clutch stops pushing at full shift stroke.

2 The tuner can control “how”, “in what manner” the engine speed happens and “when” you want a certain engine speed to happen.

3 You direct the clutch to get the engine to do something. You get the engine to speed up in this certain way, vs. another certain way so the vehicle will behave in the manner you want. It can be overwhelming to think of “infinite ratios”. There is another way, breaking ratios down into usable portions.

4 Back in the mid 80’s to late 90’s, I followed three master clutch tuners. 1) Gerard Karpic (FAST Inc) who in the 70’s was instrumental in developing the profile of terrain racing and clutch settings used that we have today. 2) Glenn Erlandson,(Erlandson Performance) famed in grass drag racing clutch settings and one of the greatest influences to tuners in expanding development, using progressive, step-progressive, reverse angles and step-reverse helix angles. 3) Al Shimpa (Arctic Cat) an expert data miner. He had a vast amount of racers under his direction he could tap into to gather, compile and sort data into a wealth of freely available tuning knowledge. Al’s disposition is generous for the love of helping a curious tuner no matter what brand, and charitable with the information he’d gather to help a friend racer out in solving a problem.

3 Through their seminars and instructional videotapes a common denominator arises. These gents have taught tuners to break down the infinite shift ratios into portions of ratios. Each shift ratio portion is decided, based on track speed along a way, or, maximum track speed or, acceleration in a certain portion – all having a range given to it by you the tuner. The breadth of the range is decided on and a discrete task assigned to it. I’ve seen breaking shift ratios down into anywhere from four to six portions. 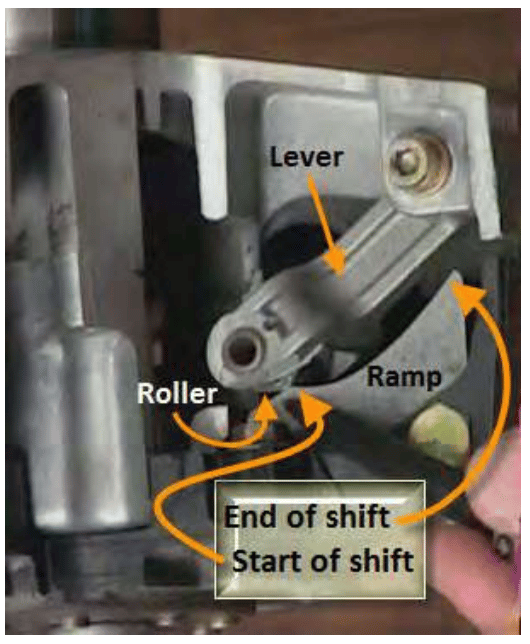 5 A common practice, undertaken by tuners Karpic, Erlandson and Shimpa – Watching the engine speed at each ratio portion. In the particular portion, you watch if the rpms are too high. Too high, points out the primary could push harder in that portion. If the engine rpms were correct, then a certain point drifted low; that could point out the primary is pushing too hard in that portion however working satisfactory in all other portions. When you can break down these ratios in such portions, then can make correct by changing setting a certain part best-affecting that-portion, at that-track-speed you are having a problem at. With a little effort placed into doing this, “this certain part I will tune, excluding other parts” you will get the primary clutch to obey your command.

01-04: You only have two reference points – you have to compare engine speed (RPM) and vehicle speed (MPH) with your gearing to know which ratio you are in.

6 I don’t care what anybody says, this is my book and I’m writing it my way with my thoughts. I can tell you right now, what Mr. Aaen says above is the code breaker. Guys say “clutching secrets”, no, sorry, no secret, the code breaker is right there. Personal settings are secrets, but clutch tuning laws themselves ain’t a secret. Those two sentences tell combining those two reference points (facts) is the standard for your guidance and direction by which anything in the clutch is adjusted, changed and confirmed.

7 The settings you choose to make a successful calibration are driven by Aaen’s statements above. To me they are the most important sentences in his book because the values you watch (facts – things that which came to pass) and record will tell you the extent of what you can change for parts. A code in the sense that it’s a collection of laws wrapped up and can be expanded from there. Also, code in the sense that laws are hidden or obscured even though they’re in plain sight. You can calculate any change in the clutches with a high degree of accuracy by the knowledge of those two reference points.

The Pen is more mighty than the speedo (I only trust radar and GPS. I use speedo for a reference, but to surgically precision analyze my tuning, I use the felt pen and GPS) 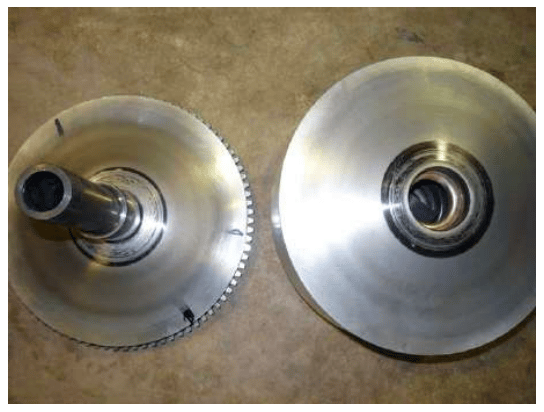 9 Inside the primary clutch you would look at how far the roller went down the ramp. Where the marker is wiped off, that is your first portion. Repeat this for the third and fourth run. Yes it is time-consuming however you are impressing in your mind where the components are working at each ratio portion from start to finish. You will eventually be able to take your finger and point on a part of the clutch and be able to say; right here where I point, I know my sled is doing “X” track speed.

Alan) Hits 99~101 with ease. It was the last little bit that was hard to hit. Plowed road and flat. I think the primary mod helps with full shift and overshift. who knows maybe a touch of spin at top end and spiked the 104 number.

rrrene) I have always found that when running top speed on a slightly lower geared machine like freeride or bcx I always got into over rev on long long pulls. You could not clutch this away because it was overdrive. This is why I think Jamie’s gear up is actually not a bad plan.

The maximum speed you want to do is in the orange box so you dont drive the belt at the bottom of the secondary, raking the compession cogs over the roller pivot studs and take the engine out into overrev. Some operators will keep holding the throttle (21-51 gears example) to 86mph and not let off. The engine is rated at 7900~8000 rpms and now will start to overrev, 8100, 82, 83 eventually 8500 and the ECU will fluctuate the rpms to cause you to let off the throttle. At 7950 rpms you’ll get 85mph, at 8500 rpms on rev limiter you’ll get 91mph – but you’ve sentenced the drive belt to death now. Its a matter of time the belt bears the fruits of your abuse.

Magnetic reluctor wheels [your speedo trigger pickup] have percentage errors by virtue of the economy of their design. Variations are based on how many trigger points the reluctor wheel puts out per revolution. Strength of magnetic field. The part itself flexing from rotation and overall vibration = resonance.

The value you get for relative error, then multiply that by 100 and you have the percentage error.

This is my observation – over the years from using expensive falcon radar guns to the evolution of cheap radar boxes (sportchek) and even more compact Bushnel’s handheld radar gun; compared to the speedometer – i find that many sleds speedometers are fairly accurate to around 90~95mph. After 95-ish, speedometers may tend to read faster than actual.

I’ve done so much testing on surfaces for drag racing (side by side testing) over the years, and collected enough data that I just do not trust speedometers for precision accuracy to make a decision on say, a gearing change when the degree of competition is high and 1.5 to 2.5mph can win-or-lose the day.

The neat thing about the sportchek box is you set it up on a stand and drive towards it. Looking at the display you see the number 94mph but your speedo says 101? HAHAHA.

In the end, I trust calculating my gearing for the theoretical speeds I should see with the engine speed and gear selection. Track lug depth comes into play too, so there is always an error because of how much lug penetrates the snow. The radius from the drive axle shaft from the track engaging the ground is always varying because of the protrusion of lug depth.

in the Dootalk example, im going to say “yep, Alan’s sled is probably doing a real 93mph based on his gearing and at 7900 rpms” If the GPS shows the same as the speedo, well then, we have much more to chinwag about…hahaha